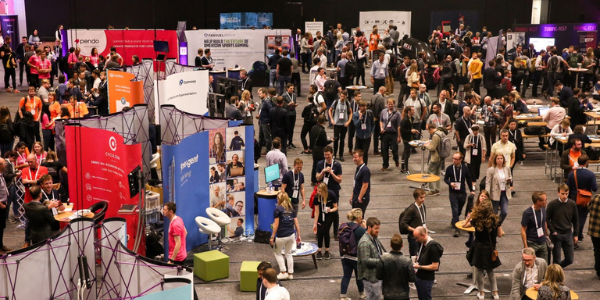 A heavy weight line-up of tech industry leaders and frontline operators from some of the most influential companies in technology, through to the next generation of unicorns, will share their expertise at Edinburgh’s Turing Fest this month, set to take place at the EICC in Edinburgh later this month (July 27-28).

Up to 1,000 attendees from around the globe are attending the conference, which brings together some of the leading practitioners in the tech industry with founders and leaders of start-ups and scaleups. As well as a world-class line-up of talks and sessions, delegates will be able to join a Lunch & Learn session and happy hour hosted by leading customer engagement platform Twilio, speed networking, welcome and closing parties and more.

Keynote speakers from around the world will gather to deliver sessions set to educate and inspire attendees across the two-day event. Maria Gutierrez, Twitter’s VP Engineering Strategy and Operations will deliver her talk, Time for a health check: Building the operating system of a healthy and responsible tech business.

Maria Gutierrez, VP Engineering Strategy and Operations at Twitter said: “You can pack so much into the two days at Turing Fest. The blend of disciplines; the quality of both speakers and delegates; the parties, dinners, and general networking: all add up to a fun and deeply informative and motivating few days. And then, of course, there is Edinburgh itself: the perfect backdrop for such an insightful and inclusive international event!”

Others headlining the event at the Edinburgh International Conference Centre will include Patrick Campbell, Co-Founder and CEO of Profitwell and Christian Owens, Co-founder and CEO at Paddle who recently acquired ProfitWell for $200m. Patrick and Christian will close the conference with a fireside-style interview, hosted by Dr Sherry Walling; psychologist, fellow TF22 speaker, author, and host of the ZenFounder podcast.

Subjects to be discussed across the two-day event on July 27 and 28, range from Building Security Into The Beginning Of The Development Cycle to Engineering A Growth System, How to Stay Motivated When You’re In It For The Long Haul and The Trade-offs of Bootstrapping v Raising Funding.

Turing Fest founder and CEO Brian Corcoran says: “Edinburgh is one of Europe’s best cities to build a start-up in, not least because people in tech here are open-minded and always eager to learn. Whilst continuous learning is important in any field, because the tech industry moves so quickly and is constantly changing, keeping up to date with best practices is essential.

“In the tech world, the best way to learn is often from peers – people at the coalface, learning the lessons in exceptionally fast-paced environments. Schools and universities can teach core skills in areas like computing science and provide an excellent framework for people in tech but, in many areas of the industry, the only real way to learn is by doing – and by listening to the people who are doing at the bleeding edge. I run Turing Fest: to foster community and exchange of ideas between people across the global industry, from Google and Twitter to a local start-up just getting off the ground.”

Huw Slater, COO at TravelPerk said: “The best thing about Turing Fest for me is the passion for both teaching and learning that comes across from everyone you meet there. All the speakers are there to teach, to help, to pay it forward. And the audience really gets and appreciates that, and responds in kind. We just opened our own office in Edinburgh and it’s great to see that events like this bring together so many outstanding talents from the tech world.”

Roan Lavery, Co-founder & CEO, FreeAgent said: “Turing Fest is one of my favourite conferences, it makes for such a fun and deeply informative few days. We always send dozens of our team members: it is the single biggest and most important educational event that FreeAgent partakes in — the value for us as a company is enormous.”

In partnership with Smartsheet, Amiqus, Baillie Gifford & Kin + Carta, Turing Fest are also championing a diversity programme for this year. As part of this partnership, Turing Fest will provide tickets to organisations including Girl Geek Scotland, Women Who Code Edinburgh, Code Your Future, Black Professionals Scotland & Equate Scotland to help underrepresented individuals come to Turing Fest and access the learning, networking opportunities and potential career opportunities that they otherwise would be unlikely to access.

Provided by Tinies childcare services, Turing Fest will also run the Turing Tots on-site creche service at this year’s event, enabling parents and caregivers with children up to the age of seven to attend Turing Fest when they would have otherwise been unable to, due to lack of childcare.

Tickets for Turing Fest 2022 are available via the website https://www.turingfest.com/tickets