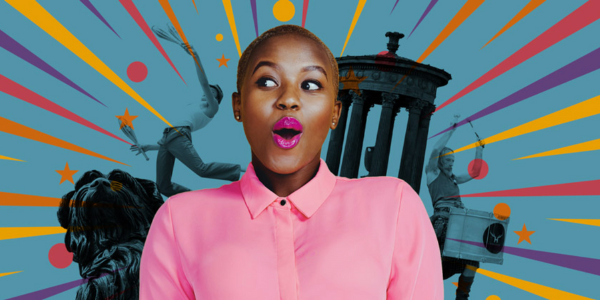 As we build back from the pandemic, the EICC is prioritising collaboration, support and partnership. In that spirit, we are delighted to have taken guardianship of our city’s convention bureau service, Convention Edinburgh, two years after it went into hibernation. We hear from some of the team involved about the impact the relaunch will have on the business events industry in Scotland’s capital city.

Convention Edinburgh went into hibernation in May 2020 at the height of the pandemic’s first wave. Since then, there has been no convention bureau support in place for Edinburgh’s business events industry. This lack of a central body makes it more challenging to attract and secure conferences in the city – it limits the destination-specific marketing activities that attract new business events, and the support for clients requiring convention bureau services.

In May 2022, the EICC announced that it is taking over management and operations of Convention Edinburgh, a move that will help to drive the city’s business events sector, support clients and attract new events. This new chapter comes at a crucial time when we are building back after the pandemic, as well as looking ahead and futureproofing the industry for years to come.

The City of Edinburgh Council (CEC) asked the Edinburgh International Conference Centre (EICC) to act as guardian for Convention Edinburgh for an initial period of 18 months, which may then be renewed at the agreement of the parties.

Our team of executives that will lead Convention Edinburgh is headed up by our Sales and Marketing Director Amanda Wrathall and supported by Jennifer Henry, Lyndsey Rafferty, Debbie Rose and Jill Spink.

Amanda has been overseeing the transition of convention bureau support from effective hibernation to its new guardianship. Lyndsey, one of the EICC’s resident associations experts, is leading on all things association and ambassador. Jen has now moved into her new full-time role as Business Tourism Support Executive and Jill will support marketing. Debbie will oversee business development activity and will be looking to create new partnerships and revenue, generating opportunities to support the work of the convention bureau.

“We believe that Edinburgh is one of the most engaging and enlightening places in the world to do business and the best location in the world for business events,” said Amanda Wrathall, Sales and Marketing Director for the EICC. “We see it as our purpose to encourage the meeting of minds in the home of Scotland’s enlightenment.

“Our mission is: to invite events from around the world to choose Edinburgh. We will do this through the strength of our collaborative spirit, the power of our collective creativity and the pride in our community and welcoming culture. We will work to unite Edinburgh’s iconic international reputation, sustainable ambitions and bright minds with its fusion of enlightenment, innovation and fun, making us the most memorable events destination in the world.”

“This agreement moves us in a positive position to create a thriving future for Edinburgh as a business-events destination, which in turn brings great benefit to the local economy,” said Marshall Dallas, CEO of the EICC.

The team is committed to a collaborative approach to operating Convention Edinburgh, which means that we will be working actively with Edinburgh city partners, including hotels, venues and event suppliers, to attract conferences to the city and strengthen our events offering.

Rob Lang, Head of Marketing at Edinburgh Airport, believes the relaunch will be invaluable to the airport. “The nature of convention planning means that, like at the airport, plans are made years in advance,” said Rob. “Understanding future demands from different parts of the globe only helps us develop business cases for new airlines, routes and increases in frequency.

“Convention Edinburgh will once again enable the city to be proactive in the lucrative year-round MICE market. Supported by the existing Make It Edinburgh campaign, as well as the consumer-facing Forever Edinburgh activity, our capital will now be able to identify and target key events and organisations that we know will enhance the city. The market is very competitive and having an organisation such as Convention Edinburgh ensures that the city has one unified proposition to help acquire more business events for the city’s and its residents’ benefit.”

“The Edinburgh Hotels Association are delighted that Convention Edinburgh has been relaunched,” said Chair Neil Ellis. “After a prolonged hiatus, having it finally up and running will provide a much-needed boost for Edinburgh and its many industry partners across the City.

“Business Events are a vital part of the visitor economy helping support thousands of jobs not only in Edinburgh but the whole of Scotland,” Neil continued. “Edinburgh’s Tourism Strategy 2030 requires a city-wide collaborative approach if any action plan can be implemented. EHA understands its role and had no hesitation in offering to play its part in that. By supporting the new Convention Bureau under the guardianship of the highly experienced team at the EICC, we are a further step towards Team Edinburgh.”

Find out more about Convention Edinburgh at www.meetingedinburgh.com