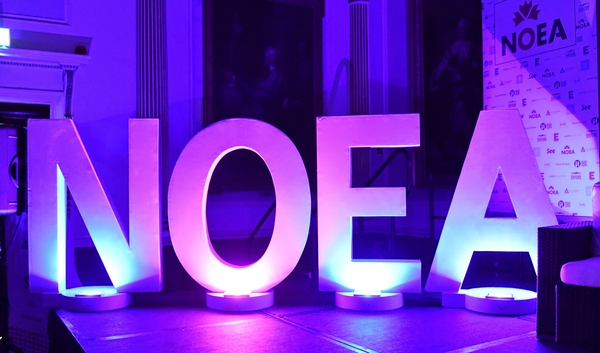 This year’s NOEA Annual General Meeting & Convention will embrace conversations around the industry – Past, Present and Future – through three online events taking place throughout the association’s ‘convention week’; w/c 16th November. The discussions will take place on an online platform and through a series of informal ‘Chatrooms’ that allow delegates to speak in an open and relaxed environment with their peers.

The AGM itself will be open only to NOEA members but will be followed by Chatrooms on the Monday, Wednesday and Friday of the week, culminating in a ‘virtual drink’ for everyone involved. The Monday Chatroom, following NOEA’s AGM, will look back on what has been a been a horrible past six months for the industry, and to take learnings from it.

On the Wednesday (18th November) the discussion will move onto the Present and will involve a discussion around Local Authorities and Event Professionals looking to gain licensing approval for events. The Chatroom is incredibly important to NOEA members, as the role of Local Authorities continues to be a stumbling block for many, although not all, event organisers.

Finally, the Friday (20th November) Chatroom will offer the chance for delegates to look to the future, taking inspiration from those events that have managed to find some success over the period and into 2021. NOEA is also inviting the industry to share in a communal toast to see off the past 12 months and look more positively to 2021.

“There is so much good education out there, so we wanted to change the tone of our convention this year,” commented Tom Clements, President, NOEA. “One of the things our members have really valued is the chance to speak openly, and often emotionally, in front of peers. We’re going to give them the chance to do this in a way that will be reflective but also ambitious for the future. We’ll finish the week with a toast that says good riddance to a dreadful year in our industry’s history.”