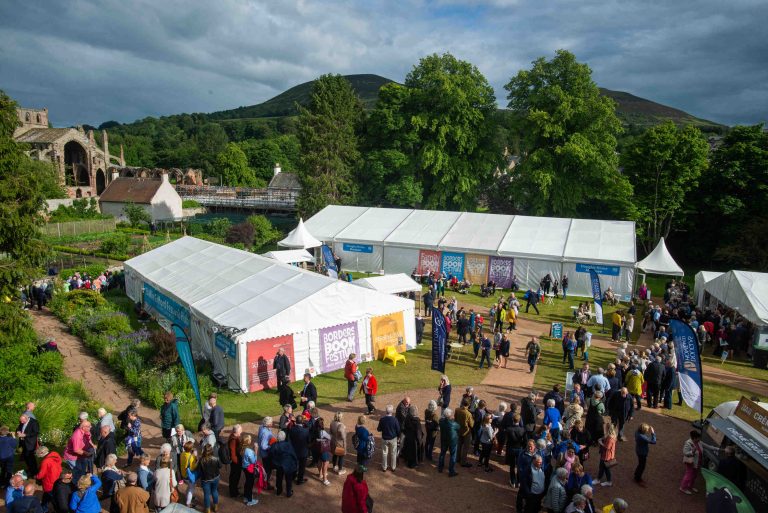 The Directors of the Baillie Gifford Borders Book Festival, one of the leading literary festivals in Britain, are delighted to announce its expected return this year to Harmony Garden, Melrose, in the Scottish Borders.   Instead of being held on its traditional long weekend in June, the Baillie Gifford Borders Book Festival, will take place, if circumstances allow, from Wednesday 15th September to Sunday 19th September.

Having delivered a successful digital programme of over forty free author talks and workshops last year attracting 21,000 views, festival Directors Alistair Moffat and Paula Ogilvie have already begun work on the line-up for this year.  All being well by September, a sparkling, splendid cast of authors, stars of stage and screen, sporting heroes and political pundits will assemble once more in Harmony Garden. Running the festival over five instead of four days will allow for an even more packed and diverse programme of events, details of which will be announced in June.

“After a difficult 2020 for everyone, we are delighted to be starting the New Year with the positive news that the Baillie Gifford Borders Book Festival plans to return at the new time of September in the hope of being able to welcome our authors and visitors back to Harmony Garden safely.  Something to look forward to in these dark winter months!

Our journey back to a version of normality is likely to be longer than predicted as the Covid vaccination programme rolls out to all age groups in our audience. Taking into account the likely circumstances in the second half of the year, we will ensure the live book festival meets all and any remaining restrictions.”

The Walter Scott Prize for Historical Fiction, which is usually awarded annually at the festival, is reviewing its plans and will confirm this year’s arrangements in early April.  Meanwhile, judging for the Prize is continuing on its usual schedule.

The book festival welcomes the continued support of Title Sponsor Baillie Gifford, as well as its many other loyal sponsors including Saltire Roofing & Building Ltd, Brett Investment and Bell Financial Planning.

For further information and to keep in touch visit: 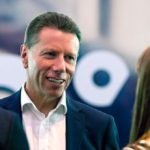 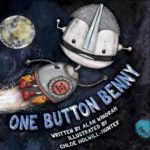 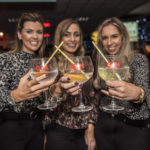