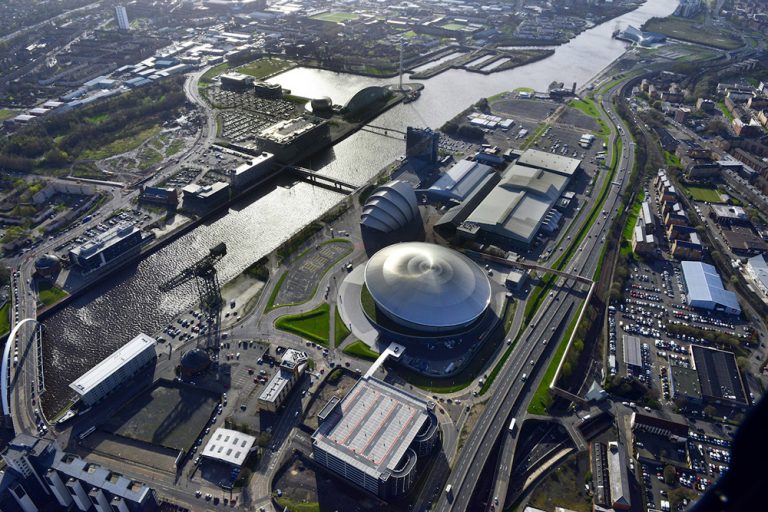 COP26 – the global UN climate change summit – is billed as the ‘largest and most complex event to ever be held in Scotland’.

To be staged in Glasgow, at the Scottish Event Campus, world leaders will gather in November to discuss the impact of climate change for what will be most significant political event to come to the country since the G7 Summit at Gleneagles in 2005.

However, the build-up to the conference, which takes place between November 9 and 22, with an anticipated 22,500 delegates from 170 states, was marred by an unseemly fall out between its President, former junior energy minister Claire Perry O’Neill and the Prime Minister Boris Johnson, who removed her from the high-profile post this week.

In a damaging parting shot O’Neill made a slew of allegations directed at the PM, in which she painted a picture of serious ruptures between the UK and Scottish Governments who she claimed were locked in a petty battle over how and where the event was going to be staged.

She wrote: “I am told by COP unit sources that budgets (which I do not see) are ballooning, the team and the Scottish government are in an extraordinary state of stand-off and that you are considering re-locating the event to an English location. I had asked if you would consider resetting your relationship with the First Minister – putting aside the devolution battle for the sake of this vastly more important agenda. I understand you declined in salty terms.”

Whitehall sources subsequently denied that the conference is going to be moved because but the fact that Perry O’Neill has highlighted a lack of progress on building ‘clear actions to communicate to the diplomatic network’, and ‘an agreed plan of Ministerial international engagements’ in the run-up to the event is troubling.

One of the aspects of the dispute between the UK and Scottish Governments centred on the use of the Glasgow Science Centre as an additional venue for COP26 activity. The building, on the opposite bank of the Clyde, was reportedly booked by the Scottish Government for its COP26-related activities after the UK Government said it fell outside of the summit security zone in November.

However, it has since transpired that the UK Government then demanded the building be handed back – prompting the stand-off. Perry O’Neill said on BBC Radio 4’s Today programme that she had been told the Scottish government had “behaved disgracefully” by booking buildings on the summit site – a claim rejected by Scottish Government officials.

A Cabinet Office spokesman said: “The Prime Minister selected Glasgow to host COP 26 because the city has the experience and world-class facilities to host such a prestigious event, showcasing the UK as a world leader in tackling climate change.

“The UK Government is committed to working with the Scottish Government to make sure it is an ambitious and successful summit, while also representing value for money for the UK taxpayer.”

The spokesman added: “Discussions are ongoing between the UK Government and the Scottish Government about the use of the Glasgow Science Centre, which is situated across the river from the Scottish Events Campus.”