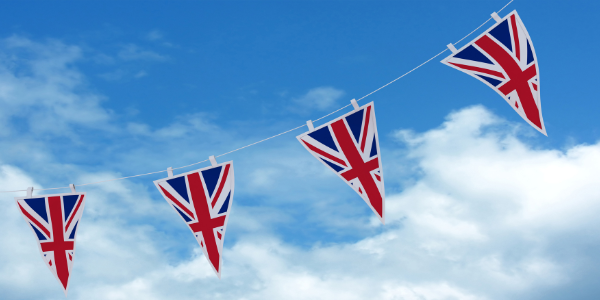 As the nation celebrated the Queen’s platinum jubilee with a four day weekend packed with pageantry, it was hard not to feel a sense of pride.

Seventy years as monarch is an achievement unlikely to ever be repeated, certainly not in any of our lifetimes. And so for this once in a lifetime party, to whom did the nation turn? To its eventprofs, of course.

The sheer scale of the celebrations was mind-boggling. Kicking off on Thursday 2 June with Trooping the Colour and a special flypast in London, followed by the lighting of the beacons that evening, it was four days in which both the national and international spotlight shone brightly on the UK’s events sector.

The Platinum Party at the Palace concert saw mega stars from across the entertainment world join in the celebrations, with Diana Ross, Rod Stewart, Duran Duran and Eurovision singer Sam Ryder all at the party to mark the Queen’s 70 years of reign.

In truth, the show was completely stolen by the Queen’s sketch with Paddington, as she shared a haphazard tea party with the accident prone bear from Darkest Peru. It was clever, funny and emotional, and the effort that must have gone into keeping this a secret until the day make it even more impressive.

The concert also saw a truly breathtaking drone display above Buckingham Palace, the logistics of which beggared belief. It was difficult to know exactly what you were looking at as images from the Queen’s long reign lit up the night sky, and it was equally hard not to be astonished by it.

Finally, celebrations wrapped up with the Platinum Pageant on Sunday, which told the story of the Queen’s 70-year reign and our transforming society. Telling stories is what our sector is all about and once again the creatives involved nailed the brief, filling the capital with wonder, warmth, wit and wow-factor.

All too often the role of event professionals gets overlooked in these big celebrations, so it was nice to see LBC presenter Iain Dale give a shout out on Twitter.

“No one ever thinks about the people behind the scenes of events like the Jubilee, who did all the planning, had the ideas, managed the logistics and put it all into action,” he said. “Job well done. Congratulations to everyone involved.”

Truly, it was an incredible advertisement for the creativity and skills of the UK’s eventprof community.

Cryptos, NFTs and metaverses – the opportunities for… 7 April 2022
Great expectations? Nurturing the next generation of… 18 November 2021
AI will play a critical role in events going forward: IBTM… 2 July 2021