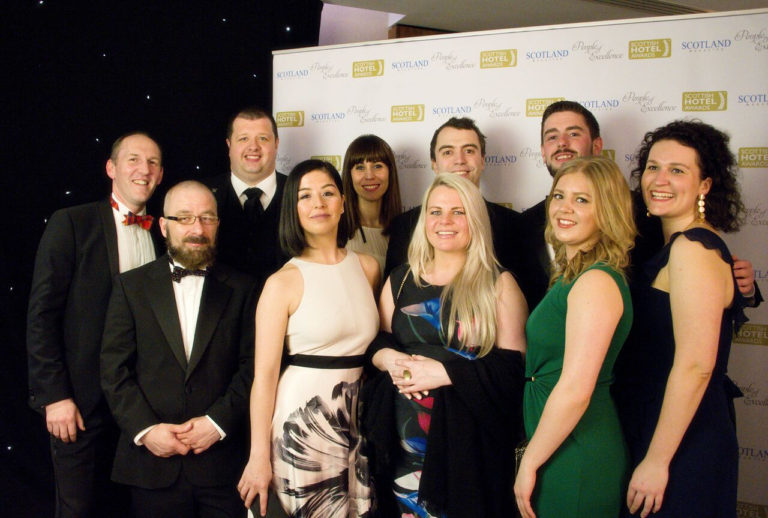 The iconic Waldorf Astoria Edinburgh – ‘The Caley’ – has scooped three gongs at a prestigious annual awards ceremony for the Scottish hospitality industry.

The hotel’s employees were also recognised in the People’s Excellence Awards with Franck Bruyere winning the Duty/Operations Manager of the Year award and Ryan McFarlane winning Hotel Executive Chef of the Year.

Described by judges as the ‘perfect luxury hotel’, Waldorf Astoria Edinburgh beat competition from hotels such as Hotel Indigo Edinburgh and Rocpool Reserve Inverness to win the City Hotel of the Year, which recognises stand-out success and achievements throughout the year and excellence across categories including accommodation, food, service and staff retention rates.

The hotel’s restaurant, The Pompadour by Galvin, won Regional Fine Dining Hotel of the Year for Edinburgh and the Lothians as well as securing a Highly Commended badge in the national category.

Meanwhile the Waldorf Astoria Edinburgh also won the regional category for Spa of the Year with its Guerlain spa – a one-of-a-kind offering in the UK.

Dale MacPhee, the hotel’s General Manager, said: “We are absolutely thrilled to receive this mark of recognition from the judging panel at the Scottish Hotel Awards.

“I feel extremely proud of our team who consistently work hard to ensure every guest has a truly unforgettable experience at the hotel and the accolades from the Scottish Hotel Awards just goes to show that they are doing an exceptional job.”

Earlier this year, the hotel was acquired by Twenty14 Holdings for £85m and will proceed with a refurbishment and expansion in 2019.

Adeeb Ahamed, Managing Director of Twenty14 Holdings said: “We are delighted that Waldorf Astoria Edinburgh has bagged three awards at the prestigious Scottish Hotel Awards. The hotel has set new standards in the field of hospitality and the team continues to work towards creating memorable experience for guests through a foundation of personal integrity, hard work and unwavering determination. The recognition from Scottish Hotel Awards are truly deserving for the team at the Waldorf Astoria Edinburgh.”

An annual initiative set up 15 years ago to encourage, recognise and reward hospitality excellence in Scotland, the awards’ panel of industry specialists carefully assess member hotels throughout the year.

Formerly a Victorian railway station, the Waldorf Astoria Edinburgh has an incredible amount of charm and its reputation for style and excellence has attracted generations of locals, international visitors and notable personalities for over a century. Earlier this year, the hotel was acquired by Twenty14 Holdings for £85m and has an exciting refurbishment and expansion planned for 2019.

Hosted by radio DJ, Grant Stott, the awards ceremony at the Sheraton Grand Hotel & Spa in Edinburgh was attended by 400 members of the hospitality industry.

Waldorf Astoria Edinburgh – The Caledonian 19 May 2020 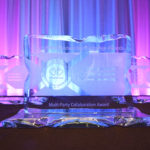