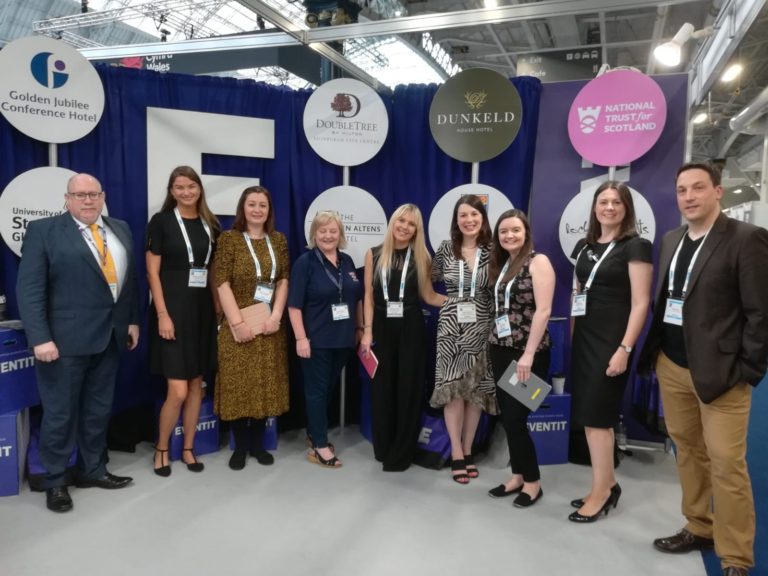 Meeting and event professionals from around the world came together for two days of inspiration, education and networking at Olympia London.

The show this year broke records across visitor numbers and pre-appointments with exhibitors and brought together more than 4,500 industry professionals, including over 700 exhibitors and in excess of 900 hosted buyers.

EventIt hosted a stand with 10 of its event partners allowing it to promote what Scotland has to offer.  Joining EventIt were:

John Shevlin, General Manager, Dunkeld House Hotel said, “This was our first time attending The Meeting Show and I was very impressed with the general set up of the event. The quality of the attendees was excellent. I had over 30 appointments booked by visitors and I have come away with a number of very good business leads.

“The EvenIt stand hosted a good selection of partners allowing me to showcase Dunkeld House Hotel as a ‘must-see’ venue when visiting Scotland. The atmosphere of the Show was a real buzz and I would definitely be interested in attending again next year”

Kerry Watson, Sales Manager, St Andrews University added, “As one of the main UK MICE hosted buyers show, I see it as an important platform to raise awareness of the University of St Andrews Accommodation, Conference and Events spaces to national and international clients.

“Attending with EventIt ensured I could make those connections by having access to a meetings diary and also engaging with those who came to the stand independently to chat with the range of stand partners.  The mix of suppliers ensured we catered for all markets and was a good representation of the Scottish product overall.

“For me a highlight was an international association client who booked an appointment with me to discuss the possibility of St Andrews hosting their international conference in 2024.  He told me, that having seen I was attending he thought it was a good opportunity to have an initial meeting, due to this, we can now open a channel of communication to pursue the prospect of hosting their prestigious event”.

Judith Wilson, Director, EventIt said, “This year’s Meetings Show was one of the busiest we have attended. It was great to see so many International visitors attend this event. Our EventIt stand hosted 10 of our event partners allowing us to showcase some of the best of the Scottish business tourism market.

“I was delighted with the number of visitors who specifically came to find out about and discuss EventIt 2020, gaining a lot of interest from outside Scotland.” 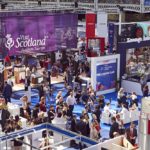 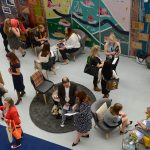