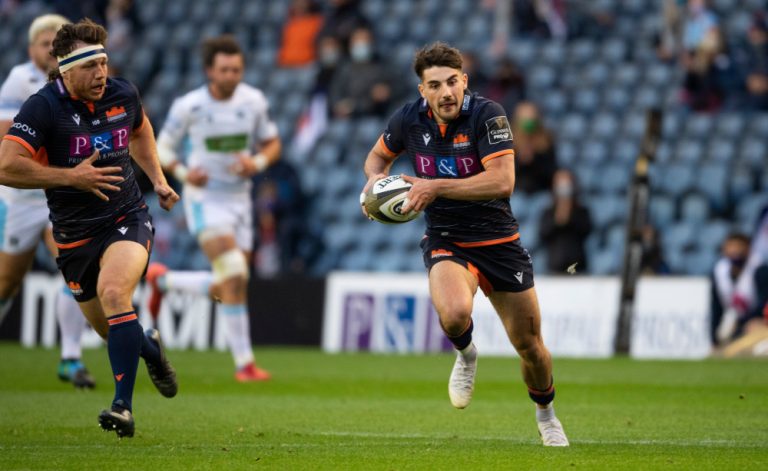 Earlier this month we saw the delivery of the first sports event in Scotland in front of live spectators since the implementation of a nationwide lockdown in March, with the successful hosting of Edinburgh Rugby v Glasgow Warriors at BT Murrayfield.

In an important milestone for the phased return of events in Scotland, a limited number of spectators were permitted to attend the match as a pilot event following a submission from Scottish Rugby and the Event Industry Advisory Group to the Scottish Government.

It provided a vital next step following the successful behind-closed-doors return of women’s golf to Scotland with the Aberdeen Standard Investments Ladies Scottish Open and the AIG Women’s Open as well as the resumption of the Scottish professional football calendar.

Here Dominic McKay, Scottish Rugby’s Chief Operating Officer, talks about the success of seeing spectators back at BT Murrayfield and his hopes for a continued move towards returning spectators and attendees to events.

Q. How was it seeing fans back at BT Murrayfield?

It was a very significant moment and great to see fans enjoying live sport again in a safe environment.

Q. It was an important milestone in the return of the events sector. How did the pilot event come about?

Scottish Rugby has worked closely with the Scottish Government from the early days of the Covid-19 pandemic, using our channels for public health messaging and ensuring our community clubs were aware of all the necessary guidelines.

With Scotland’s largest stadium and its outdoor configuration BT Murrayfield was firstly developed as a bio-bubble for our professional players to resume training. This gave the Government confidence we could deliver a safe, well managed environment which closely adhered to all the necessary mitigations to prevent the spread of Covid.

We also had support and input from the Events Industry Advisory Group and members of that body also attend on the night as observers to see it first hand and to share best practice.

Our on-going dialogue with them and the wider events industry enabled us to develop a proposal to host a pilot event for a local derby between Edinburgh and Glasgow Warriors. With the focus on fans who could walk or need limited travel to the ground, deploying a 2m physical distancing within the stadium and using contactless, digital ticketing and payments we were able to present a plan which minimised risk and sough to create the safest environment possible for fans from door to door.

Q. How many people were in the stadium for the game?

There were 1,000, which equated to around 700 spectators and 300 staff, including players, coaches, high performance, event operations and stadium colleagues.

Q. It was obviously a different experience for the spectators who were able to attend. What processes and protocols were in place to ensure their safe attendance?

We considered the fan journey from leaving their homes to returning post match and at every stage wanted to minimise their risk to situations which might increase their possible contact with Covid-19.

We held a ticket ballot among Edinburgh season ticket holders and focussed on fans living in close proximity to BT Murrayfield to reduce the travel impact locally and encourage walking to the event.

Tickets and health questionnaires were sent in advance alongside a raft of advice on what would be in place at the stadium, including a pilot event guide video, and what the experience was likely to be like in order to inform and manage expectations in advance.

Only fans who lived in the same household could apply for tickets and all contact details were taken to enable full Trace & Protect post-match if required.

Fans were given arrival slots to stagger entry into the stadium and the turnstiles were contactless and didn’t require touching any surfaces to enter.

Hand sanitisers were available immediately inside the campus and we had toilet attendants also to ensure no crowding and correct entry and exits to the facilities.

All the fans were in the East Stand and each ticket had a designated seat – all other seats were tied off so there was no ability to reduce the physical 2m distancing between the crowd.

There was no alcohol on sale and the food and beverage stands had queue markers to space out fans and also were only using contactless payments.

Face masks had to be worn at all times on site by every in attendance with the exception of players either on the pitch or warming up.

At the end of the game stewards helped the crowd to exit row by row to avoid any bottleneck of people as they left the stand and out from the stadium.

Q. What were the key learnings from the game?

We are still reviewing the match and collating feedback but the general learnings were that good, clear communication in advance to fans, media and stakeholders really helped the smooth running of the event and managed expectations in advance.

Also with 2m physical distancing the volume of working space for operations also needs to be considered and especially on the medical side of our sport more space was required to be accessed than normal. This had a knock-on effect to other operations such as media, performance etc so for other venues this is something well worth looking at early on.

It was certainly a complex event to organise and probably more so than a sell-out 67,000 crowd for an England game which is our usual biggest event in the calendar.

The attending crowd bought into all the mitigations we had in place, face masks, contactless entry and payments, staying in their seats etc so treating them with care and respect will make them feel safe and help to enjoy the experience.

Q. What has been the feedback from spectators who attended?

We ran an online survey to all ticket holders post match which is still being completed but initial results show every fan who responded said they ‘felt safe’ while at the match which is a very positive outcome.

Q. What are the next steps in relation to the return of spectators are rugby matches and for the events sector in general?

From a Scottish Rugby perspective we are now collating all our internal and external feedback from the pilot event and will be sharing our learnings with Government, the Event Industry Advisory Group and others in the wider sporting and event industry.

We would hope that the pilot gave the Government some confidence that with the right mitigations and planning a safe event can be staged and this might lead to an increase in crowds in the months ahead.

Ultimately we will be guided by them and the public health guidelines and Covid situation at the time but we know an event can happen safely and it is vital for our sport that crowds can return to a level which enables us to generate income again.

Scotland’s Event Industry Advisory Group is continuing to look at proposals for further pilot events in different event environments and pushing for the return of spectators and attendees to events in a safe manner. 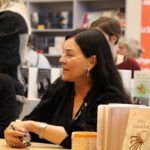 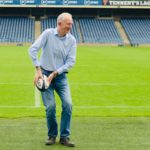 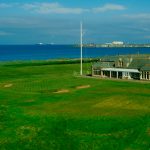