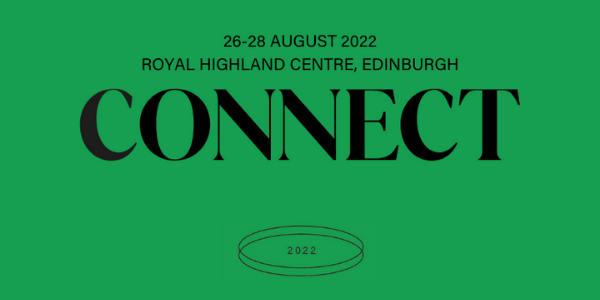 DF Concerts has announced the location for its revival of Connect, a music festival that took place in Argyll, Scotland, in the mid-noughties.

The reboot will take place at The Royal Highland Centre (RHC), an exhibition centre and showgrounds located near Edinburgh airport.

With more than 18,000m2 exhibition space and 110 acres of land, the RHC is said to be Scotland’s largest indoor and outdoor venue.

Festival manager Kate Lingard says the unique site will give them the opportunity to create a sustainable approach to the festival experience.

“One of the biggest attractions of our new home is the site’s permanent infrastructure and existing facilities. These play a crucial role in realising our sustainability ambitions for the festival,” says Lingard.

“One of the biggest considerations we had was around public transport and ensuring the event was accessible to festivalgoers from across the country,” he says.

“The Royal Highland Centre provides a purpose-built event site that is readily accessible by public transport for each of the three days. This not only makes it easy for festivalgoers to attend but hugely supports our ambition to deliver a more sustainable festival now and into the future.”

The festival, announced in November 2021, is slated to take place between 26–28 August 2022 but the line-up is yet to be announced.

DF says it will feature “the best in leftfield talent from grassroots through to the biggest names in the world”.

The promoter’s stable of events already includes Summer Sessions and TRNSMT, which will return to Glasgow Green in 2022 with headliners Paolo Nutini, The Strokes and Lewis Capaldi.