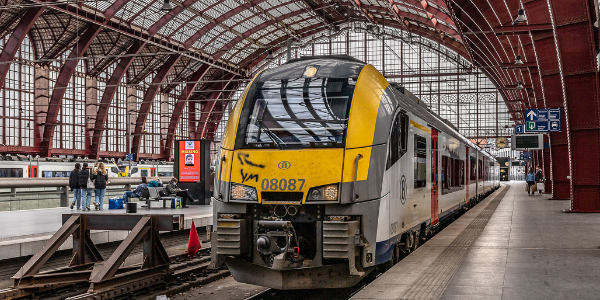 A series of national rail strikes, starting 21 June, are set to derail Britain’s post-Covid recovery and cost the travel and hospitality sectors, over £500m (US$611m) at least.

Kate Nicholls, chief executive of UK Hospitality, has said tourism and leisure businesses would take a “big hit”. She added: “This week’s strikes are so devastating because… we were starting to get back on our feet, starting to rebuild those cash reserves.”

The UK’s Rail, Maritime and Transport union (RMT) is set to lead strike action over pay and conditions on (21 June), and on the Thursday and Saturday of the same week, staggering the disruption.

Strikes on Network Rail and 13 other train operators are expected over the three days and London Underground workers are also set to walk out on Tuesday.

Birmingham’s NEC is hosting six events during the week including BVA Live (23-24) and The Creative Craft Show (24-26).

Ian Taylor, managing director, conventions and exhibitions at NEC Group, said: “We always focus on providing an excellent visitor experience for those coming to the NEC Campus. If there are issues linked to transport around our venue we work closely with event organisers to highlight alternative options. We are lucky to have a large site, with 16,500 car parking spaces. During the rail strike we will be encouraging our visitors to use vehicles or alternative modes of transport to reach the site in the absence of trains.”

A Manchester Central spokesperson said the venue was “working closely with organisers and our partners to provide support in mitigating disruption as much as possible, during the period of planned strikes.”

A spokesperson for Alexandra Palace in north London said the venue would be keeping an eye on any developments, alerting ticket holders to the potential impact and advising them on the best alternative routes to the venue.

Clive Wratten, CEO of the UK’s Business Travel Association, said on Monday 20 June: “This week’s strikes across the country are completely against everything the travel industry stands for. People are being left not able to get to work, stranded in unfamiliar places unable to get home and deprived of hard-won income. We urge the government and the [trade] unions to get around the table so that we can have the summer we deserve as we recover from the ravages of the pandemic.”