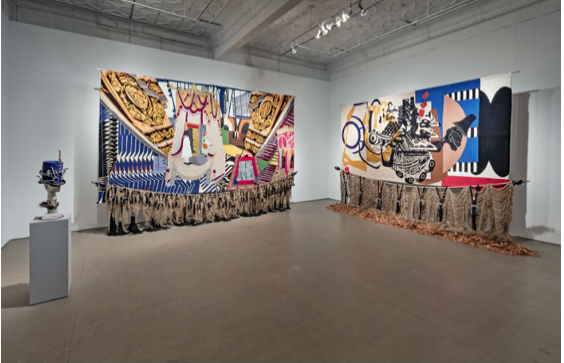 The 2020 edition of Glasgow International Festival, one of the UK’s largest and most influential art festivals, will see a host of new commissions and exhibitions showcasing the city as a centre for the production and display of innovative contemporary art.

The 2020 programme will comprise a Director’s Programme of larger-scale commissions and exhibitions, curated by the GI Curatorial team of Richard Parry and Poi Marr in collaboration with partners and venues; as well as Across the City, a wider programme of exhibitions and projects, selected from proposals by artists, curators and producers who live and work in Glasgow.

Paul Bush OBE, Director of Events, said: “EventScotland is delighted to be continuing its support of the Glasgow International Festival in 2020. The programme continues to build on the success of previous festivals by providing the perfect stage to showcase the best of local and international contemporary art.

“Events play a key role in our visitor economy and as one of the UK’s most influential arts festivals, GI 2020 is a key part of our portfolio of events and festivals that bring attention to our wonderful array of exciting cities and towns.”

For the first time, Glasgow International has received funding from the Scottish Government’s EXPO Fund, which has awarded the festival a total of £100,000, enabling more commissions from artists based in the city and a revamped model ensuring that all freelance projects selected for Across the City receive funding.

All told, the festival will include approximately 60 new exhibitions and events taking place in arts venues, spaces and cultural institutions across the city, from its largest museums, to other alternative venues such as a former sex club.

The theme for Glasgow International in 2020 will be Attention. As much a method or approach as a theme, attention asks us to consider how, where and in whom our attention is placed at a time of seemingly constant distraction through, for instance, social media and 24-hour newsfeeds. The Festival itself is a point of focus, creating new opportunities for looking at, thinking about and spending time with art and encouraging audiences to step outside the everyday.

The 2020 Director’s Programme promises to be one of the most ambitious to date and Tramway will once again be a focus. The main gallery space will see a new exhibition co-curated with Tramway by the American artist Martine Syms, who uses a combination of 2D, installation and digital media to examine black identity and representation. The exhibition is a Glasgow International/Tramway co-commission.

Tramway’s largest theatre will host Quarantaine, a major new film by Georgina Starr. Its title refers to the French word for ‘forty’, and also alludes to the period of enforced isolation commonly known as quarantine. Through multiple chapters, it follows the initiation of two new recruits into a mysterious, clandestine sisterhood whose pursuit of esoteric knowledge takes place in a secret house of instruction. Quarantaine is co-commissioned by Film and Video Umbrella, The Hunterian, Leeds Art Gallery and GI, with Art Fund support through the Moving Image Fund for Museums.

In a further space in the venue visitors will encounter a new installation by the youngest artist in the GI2020 programme, Jenkin van Zyl, whose arresting work brings to the fore both performance and queerness and which harnesses motifs and triggers of both pleasure and consensual violence, generating a compelling confrontation with the viewer.

Tramway will host the intricate utopian townscape models of Bodys Isek Kingelez (Democratic Republic of Congo/formerly Zaire). While GI 2020 will be the first UK presentation, his work was originally introduced to international audiences via the seminal exhibitions Magiciens de la Terre (1989) and Documenta 11 (2002). His coloured-card constructions conjure elements of fantastical metropolises, projecting an African vision of urbanism for Europe: a transformative mirror image of past impositions of failed European visions on Africa. For GI 2020, a select number of his townscapes will be presented, where visitors will be able to view these extraordinary critiques of the European colonial project.

Alongside Tramway, Kelvin Hall will host a number of key exhibitions. Turner Prize-winner Duncan Campbell will present a new large-scale commission involving an electromagnetic display and incorporating animation and sound.

Kelvin Hall’s former entrance foyer will host a new commission by the Tokyo-based installation artist Yuko Mohri, who reconfigures found objects and everyday items into kinetic sculptures, will showcase the artist’s characteristic use of sound and materials; and a new commission by the Brazilian sculptor and installation artist Ana Mazzei will occupy a wing of the building upstairs not previously used by the festival.

A survey exhibition of work by the painter Carol Rhodes, who died in December 2018, will occupy a temporary exhibition space on the lower floor of Kelvingrove. The exhibition will comprise drawings, paintings and some reference materials in one of the most in-depth presentations of Rhodes’s work to date, bringing to the fore drawings, many of which will be previously unseen. Glasgow-based artist France-Lise McGurn, whose figurative painting can be seen to express notions of sexuality, ecstasy, consciousness and loss, will present a new installation on the building’s upstairs balcony.

The Gallery of Modern Art’s largest gallery will host the first solo exhibition in Europe of work by Canadian artist Nep Sidhu, whose complex, moving and visually arresting work weaves together the astral and the earthly, drawing on episodes in Sikh history and contemporary culture.

A new, off-site film commission by the multidisciplinary Scottish artist Sarah Forrest, who uses elements of theory, fiction and philosophy to explore the notion of the unreliable narrator, will be situated in Langside Halls, a space in the south of the city that will be used as a venue by GI for the first time in 2020.

As a prelude to the Director’s Programme, the festival will also be undertaking a newly curated show of unique works on the inverse theme of Distraction at Sunday Art Fair (3-6 October, at Ambika P3, London), involving work by a selection of artists either involved in the 2020 programme, or who have shown in past festivals.

For 2020, the festival has overhauled its model to better support the wealth of freelance artists, curators and artist-run spaces in Glasgow. Building on initiatives in the 2018 festival, the selection for the 2020 Across the City programme was made by a panel of invited curators and artists. The 2020 selectors were Eoin Dara, Head of Exhibitions at Dundee Contemporary Arts, Hanne Mugaas, Director Kunsthal Stavanger and artist Alberta Whittle, alongside Parry and Poi Marr of GI.

Following changes to the festival model for the first time, all projects by freelance practitioners and artist-run spaces that were selected for inclusion received a minimum award of £1,500, with further awards at £3,000, £5,000 and a top award of £10,000.

The £10,000 award for 2020 went to an exhibition curated by collective Chapter 13 including work by Kadar Attia, Hikaru Fujii and Margaret Salmon. Further significant awards were made to artist-run space Transmission for an exhibition co-curated withBrazilian artist and performer Ana Beatriz Almeida, and the non-profit Many Studios for an exhibition of works by Nigeria–based artist Ndidi Dike.

At The Hunterian, a solo exhibition of new work by Berlin-based artist Jimmy Robert will explore the intersections between art history and subjectivity, informed by Robert’s experience as a black, queer person growing up in both colonised and colonising societies. Gallery Celine will present works by the late Donald Rodney, whose work about identity, new media and new technologies made him one of the leading artists of his generation. The exhibition will include the film The Genome Chronicles (2009), made following Rodney’s death by his close friend, the artist John Akomfrah. A new commission by Ingrid Pollard will activate the Lesbian Archive, the largest collection of materials relating to Lesbian culture and history in the UK, at Glasgow Women’s Library, with an exhibition and a public programme of talks and events.

Elsewhere the Common Guild will present the culmination of Sharon Hayes’s Ricerchesuite of films. The works use Pier Paolo Pasolini’s 1964 film Comizi d’amore (Love Meetings), as a guidepost for an examination of gender, sexuality and contemporary collective identifications. The Modern Institute will showcase two solo exhibitions of work created specifically for the festival across each of its gallery spaces: in Aird’s Lane, Eva Rothschild and in Osborne Street, Luke Fowler. Patricia Fleming Gallery will present a solo project by Ilana Halperin in partnership with Mount Stuart, which will take the form of a performance lecture in two parts.

An off-site presentation of new work by the British artist Dawn Mellor, the first by the artist in Scotland, explores sexuality, class, obsession and violence, with a particular focus on lesbian desire. A vibrant new commission by Jacqueline Donachie will take place at Govan Project Space, alongside an offsite, public artwork which examines the issue of access to Glasgow’s built environment and architectural heritage. Queen’s Park Railway Club, situated in Queen’s Park Station, will undertake a solo exhibition of new work by Graham Fagen, the starting point of which is an archive collected over 20 years of letters, notes, name tags and invitations that all spell the artist’s name incorrectly.

The GI Bursary Award of £3,000, given to a single recent graduate, was awarded to Iman Tajik for his proposal ‘Bordered Miles’ described by the artist as ‘an activist mass performance walk with site installations’, linking Glasgow City Centre and the Dungavel immigration removal centre.

Richard Parry, Director of Glasgow International Festival said: “The theme for 2020 is “attention” and this idea of how we pay attention to something or how we attend to ourselves and each other is something we’ve sought to consider both in our approach to curating the festival, and also how we have remodelled the Across the City open programme, so that every selected freelance project is now funded. We are thrilled that for the first time, the Scottish Government’s EXPO Fund is supporting the festival, enabling us to make these changes, and we are enormously excited to be bringing what we consider to be exemplary and varied artistic practices from across the world to this extraordinary city, which is so famed for its artists and the art that it produces.”

Culture Secretary Fiona Hyslop said: “Glasgow International has become yet another highlight in Scotland’s cultural calendar, showcasing the city’s world-class arts scene while boosting the local economy and tourism sector. The £100,000 in awards from the Expo Fund are a recognition of its importance both in Scotland and overseas.

“The festival is already a major draw for international artists, and this funding will help to ensure it maintains its status as a world-leading cultural event.” 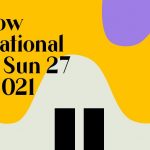 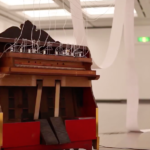 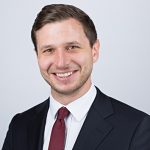