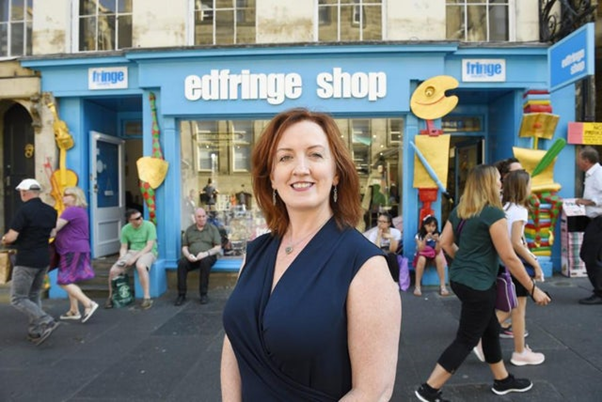 Organisers of the Edinburgh Festival Fringe have given the green light to performers, promoters and venues for live events to return in the city this year.

The Fringe Society has revealed it will start taking bookings within weeks for the world-famous event’s comeback in August, with the aim of launching ticket sales “in early summer”.

Acts and companies will be able to register shows until the end of the Fringe, which is due to run for three-and-a-half weeks as normal, from August 6-30.

It is hoped clear Scottish Government guidance on possible social distancing measures and crowd capacities will be available before the Fringe Society starts accepting bookings from May 5.

Venue operators have warned the government that two-metre social venues will be financially unviable.

All acts and companies who register with the Fringe Society will also be able to make use of a new digital platform, similar to the BBC iPlayer, which will allow work to be showcased in the event of new lockdown restrictions being imposed.

A bulletin to potential participants states: “We know it’s been a long, tough time for many in the arts and culture sector, so we wanted to share some key bits of Fringe information that’ll hopefully give you a measure of confidence and security as you make plans.

“Many of these plans are still in development, so while we’re happy to share the headlines with you, we ask that you bear with us while we finalise the details.

“It’s important that we do this right rather than do it fast, with the safety of participants and audiences foremost in our minds.”

The announcement was made the day after the Edinburgh International Festival announced it would be bringing back live events at temporary outdoor venues and First Minister Nicola Sturgeon said she was “optimistic” about a return to normality for venues and nightclubs “over the summer”.

The Scottish Government has since published long-awaited guidance ahead of an official date for live events to resume on May 17.

By the end of June, it is hoped that socially-distanced audiences of up to 400 will be allowed to attend indoor shows, while up to 2,000 will be permitted outdoors.

Ms Sturgeon insisted the “level zero” restrictions were not the extent of the government’s ambitions over the summer.

However, she has stopped short of giving a provisional date for the lifting of social distancing restrictions. Under Prime Minister Boris Johnson’s timetable, all legal limits on social distancing could be eased in England by June 21.

A spokeswoman for the Fringe Society said: “As Scotland navigates its road map out of lockdown, much is still unknown about what the Fringe will look like this August.

“Any live performance registered as part of the 2021 Fringe will be expected to adhere to public health guidance from the Scottish Government.”

“Of course, we’re still very much in planning mode as we await further updates from the Scottish Government, but this feels like a hugely positive step in the right direction.”

Anthony Alderson, artistic director at the Pleasance, said: “While we remain optimistic that we can deliver some form of programme in Edinburgh this summer, it remains impossible to make any firm plans until we have the exact limitations on social distancing, capacity restrictions and Covid-19 regulations and therefore our programme must remain on hold until we have that clarity.

“While positivity is important and the situation appears to be progressing in the right direction, we don’t want to give false hope to artists or audiences.”

Gilded Balloon founder Karen Koren said: “We know that social distancing at two metres will make it impossible to present shows, so until we are allowed audiences distanced at one metre we’re unable to confirm what’s possible.

‘We’re in constant communication with performers producers and agents, updating them as much as we can.

“We’re determined to present a programme of live performances this summer in Edinburgh and will continue to work with artists and our venues colleagues to help inform the government and the Fringe Society of what will be possible with restrictions.”

Liz McAreavey, chief executive of Edinburgh Chamber of Commerce, said: “Hard on the heels of the announcement that the Edinburgh International Festival is to return in August with live performances in three specially built venues, this announcement is further good news for Edinburgh.

“I know the council and the Scottish Government have worked very hard behind the scenes to make this happen and a lot of work has been put into safety and compliance by Festivals Edinburgh to ensure the festivals can be enjoyed in a safe environment. Real innovation and perseverance are shining through.

“Whilst the festivals are at the heart of our cultural and social wellbeing, they are also critical to our economy. More than 6,000 jobs are supported by the festivals, which are also the platform for our domestic creative talent and performers to launch careers.

“They also ensure Edinburgh is the world’s culture capital for the month of August every year, attracting enormous international interest and attention.

“But we should also recognise that 40 per cent of tickets are sold to local people who see the festivals as good for their city.”

Roddy Smith, chief executive of city centre business group Essential Edinburgh, said: “Our summer festivals are crucial for our city’s economy and although they will obviously be significantly reduced in scale, it is a welcome indication that our city is reopening and ready to become back residents and visitors in a Covid-secure manner.”

Russell Imrie, spokesman for the Edinburgh Hotels Association, said: “The annual summer festivals are part of Edinburgh’s DNA and are a driver of business for hotels, bars, restaurants, retail and all elements of hospitality.

“The city’s hospitality industry needs the Edinburgh Festival Fringe to go ahead this year. Edinburgh is not Edinburgh without its summer festivals.