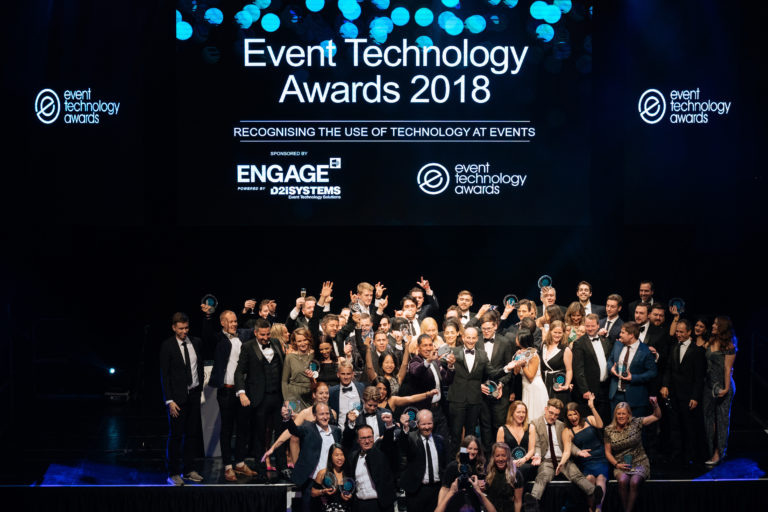 The best of the UK’s event technology has been celebrated in a trade show and glittering awards ceremony in London.

Event Tech Live – the industry’s biggest showcase for event technology – took place on Wednesday at the capital’s Old Truman Brewery, followed by the Event Technology Awards at the Troxy.

Billed as the biggest show yet, the event featured technology talks and educational sessions on everything from GDPR to Artificial Intelligence and Virtual Reality.

On Wednesday night, the best of the industry’s tech platforms were honoured in a celebration where event tech giant Cvent’s founder Reggie Aggarwal received the Outstanding Contribution Award.

Highlights of the evening included word of mouth sales platform Verve taking home the gong for Best Festival Technology for the fourth year in a row. Exposure Analytics – a company specialising in real time movement data – scooped two awards for Best Use of Wireless Technology and Best use of Technology for Event Analytics & Data-Collection respectively.

The much-coveted People’s Choice Award for Best Technology Supplier – which is voted for by readers of Event Industry News – was taken by Whova, who also scooped Best Technology for Audience Participation.

The brand new Outstanding Achievement award was chosen by the Event Technology Awards co-founder Adam Parry. During his opening speech, Adam explained why he had selected the Cvent founder.

“I thought long and hard about the possible names, and spent time considering their achievements”, said Adam. “Reggie has built a global reputation for himself, but more importantly for his company, taking Cvent from a startup and expanding it to become one of the world’s largest event technology suppliers.”