EU workers’s rights should be the top priority as Brexit negotiations kick off between the UK and European member states in the coming months, a leading politician who chairs the All Party Parliamentary Group (APPG) on Events at Westminster has said.

James Heappey, the MP for Wells in Somerset, took part in a panel discussion with VisitScotland’s Neil Brownlee on the implications of Brexit for the events and festivals industry at EventIt in Glasgow earlier this month.

Although a self-confessed ‘remainer’, the Conservative MP insisted he now feels “bound” by the wishes of the electorate to leave the EU but will nevertheless advocate for EU workers who work within the events and hospitality industry. He said, though, that it would have been wrong to immediately guarantee EU workers’ rights before Article 50 – the Bill to leave the EU – was formally triggered, as that would have impacted on Britain’s negotiating hand.

“I feel grubby saying it, it’s peoples lives and their families,” he said. “It’s horrendous and that is why it is right that it will be at the top of the list of things to discuss the moment the negotiations start and I am certain that it is in the UK and the EU’s mutual interests to resolve that; and I am satisfied that everything the Home Secretary and the Prime Minister has said on the matter gives the clearest indication that the UK government believes that all EU nationals should have the right to remain in the UK. But it is reasonable to expect in return that UK nationals living in the EU enjoy the same.”

Heappey said the nature of a negotiation means you cannot give something up before you sit down at the table because you will already be ‘one-nil down’ and there would be no guarantee that the EU would agree to protect UK citizens’ rights living in the EU in return.

The MP, whose constituency is home to the Glastonbury Festival, set out three main areas which are vital for the events sector, with workers’ rights at the top, but also access to the supply chain and visa free travel. He said there are ‘clear challenges’ ahead on all of them but hoped for a successful outcome given the combined weight of the events, hospitality and tourism sectors, which are a “massive part of the UK’s economy”.

However, there was concern from the audience at the trade show, with fears about the perception of Scotland as a place to visit, and also the fact that Scotland had voted remain, which had led to political discussions among some clients engaging with the Scottish market.

Sharon Campbell-Martin, of incentive travel firm Hello Scotland, said the business had contributed £2.6m in business to the Scottish economy last year, and that in addition to all the uncertainty over taxation, visas and travel, her fear was what the Brexit vote ‘says about us as a nation’.

Heappey acknowledged her concern and that there was a great deal of uncertainty in the short-term, but once the cards began to fall he insisted the industry would “adapt” to the new landscape; he said the UK is a great place to visit but if that perception does change in the longer term, “we will have a heck of a lot work to do.” 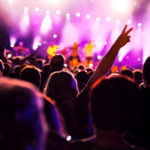 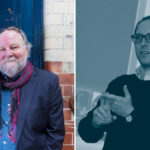 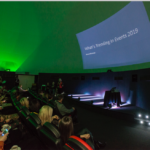