President Barack Obama, the 44th President of the United States, will address philanthropy and business leaders at a  charity dinner in Edinburgh on 26th May 2017 at the EICC.

According to the BBC, tickets to the event are expected to cost approximately £5,000 for a table of 10.

Hosted by the The Hunter Foundation, the money raised will be split between children’s charities in Scotland and the Obama Foundation, set up by the former president and his wife Michelle.

Sir Tom Hunter, founder of The Hunter Foundation commented; “From the South Side of Chicago to the White House has been an epic, historic journey and it will be a true honour to hear that story from the man who made that journey.”

“We’re always looking for really inspiring speakers to come along to Scotland, and really inspire and inform,” Sir Tom said.

“To be able to get president Obama, we’re really chuffed.”

The Edinburgh event on 26 May is thought to be one of his first major addresses since his term as president came to an end.

He is also expected to answer audience questions after the dinner and Sir Tom plans to set aside some seats at the event for local young people.

She added: “Lots of people back home in Scotland will be really looking forward to welcoming President Obama and hearing what he has to say”. 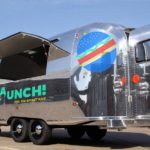 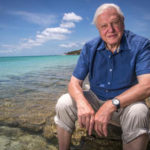 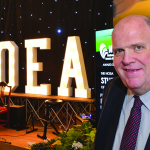